Clients and colleagues alike know Ross not only as a hard worker and team player, but as someone who’s at home inside the courtroom. Before joining Sargent Law, he gained considerable experience first-chairing nearly a dozen trial victories and developed a keen understanding of courtroom procedure and an ability to get things done. “There are a lot of big personalities in the courtroom,” Ross says. “They’ll take advantage of you if you let them. But I’ve been around the block and know how to push back.”

Over the course of his career, Ross has worked for small, private practice firms as well as Fortune 100 companies. He’s learned that, in any given situation, each party has their own unique perspective. Understanding each of those perspectives is key to determining how best to approach a case and achieve favorable results for those he represents. His record speaks for itself.

A native Texan, Ross lives with his wife Julie and their three children. He is a parishioner at St. Thomas Aquinas Catholic Church in Dallas. He enjoys spending his free time coaching his children's sports teams, watching University of Texas and Dallas-area sports teams, and barbecuing. 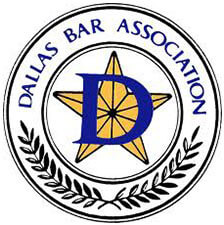